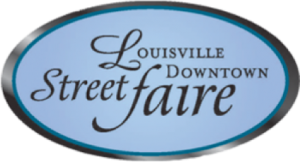 No Foolin’ – Here’s the line up for the 2014 Downtown Louisville Street Faire. Bolder Insurance is proud to be a sponsor again this summer!

DD subscribers: as promised, you get first look. This year the gloves are off. Edgier and louder, the 2014 Faire will rock!

June 13 Bluecifer
Ready for some “Buckabilly”? This hot Denver band, whose songs are ALL inspired by DIA’s favorite demonic bronco, will be dropping chestnuts all over the Steinbaugh stage. Buck up Faire folk, it’s gonna be a heck of a ride.

June 20 Insane Noun Posse
Louisville Middle School English teachers by day, face-painting rappers after the bell rings, please welcome Literate K and Homer 2 Keats to the Steinbaugh stage. And where Insane Noun Posse goes, legions of their rabid fans, the Hugolos, are sure to follow. Strap in Louisville!

June 27 Samantha Phish
The legendary one-woman jam band will spin her hypnotic aural web over and around the Street Faire faithful. Yes, you can be sure she will play her timeless classic, the one that pushed Freebird off its perch, This Song Goes on Forever.

July 4 Motley Crue
What a coup, we got the Crue! Yep, the bad boys are making the Steinbaugh a stop on their farewell tour. It’s Tommy, Nikki, Mick and, of course, that Captain of the Codpiece, Vince. ps – it’s BYOF night at the Faire, that’s Bring Your Own Fireworks!

July 11 The New Hungarians
Love accordions? Crazy about gypsies? Then you’re gonna dig this band from Budapest. It’s going to be a roll-out-the barrel kind of night at the Steinbaugh with the Szmrkzyk family (yes, Urtzyk is back!) and their famous trapeze act.

July 18 The Shaggs
From Fremont, New Hampshire, it’s The Shaggs! There’s no one like them. Their father rented time in a recording studio so the girls could sing their songs and paid for the pressing of 2000 copies of their debut album, the rest is history.

July 25 Manilow Slayer
Trust us, Mandy never sounded like this. These boys from Ohio bring an icy touch to their Death Metal covers of the classic Barry Manilow songbook. You’ll be wishing you left your ears at home by the time these hellions are through.

August 1 The Shaggs
It was so good, we’re gonna do it again!